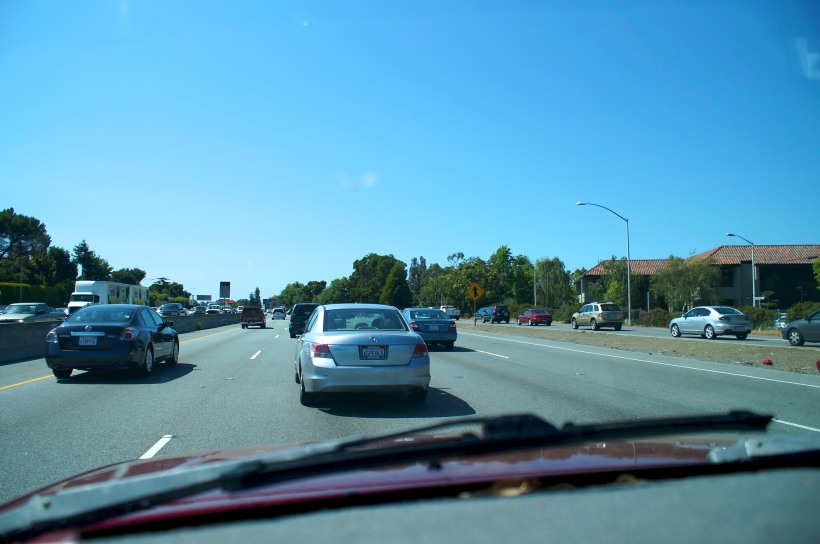 My drive from Menlo Park to Sunnyvale and vice verse can take as little as 15 minutes. It can also take as long as 50 minutes depending on the traffic especially on the 101. That also means that I can be either happy or ready to karate chop someone in the throat . This is what I’ve learned, if you have carpool then use it. Avoid the lane next to it as everyone tries to inch their way there. Also avoid the lane closest to the exit as cars from the onramp are trying to merge and there may be a lot of them depending on the time of day. Lastly, on average switching lanes in varying speeds of traffic doesn’t help. I’ll often see people cut me off and zip into another lane only for me to pass them by just a few minutes later. With a smile on my face.

Speaking of which, there’s a technique that tricks your brain into thinking you’re happier than you are. It’s called the Mona Lisa half smile and works like how you might think. Examine the portrait of Miss Mona and notice that half smile/smirk. Mimic that, possibly exposing some of your pearly whites, or buttery yellow if you smoke, and see what happens. It works for me, at least until a car ahead of me slows to 40 mph on the freeway and when i go to pass it’s none other than an old asian woman in a Raiden hat and Lasik shades.

Does that make me a racist if I’m asian and have the hat?